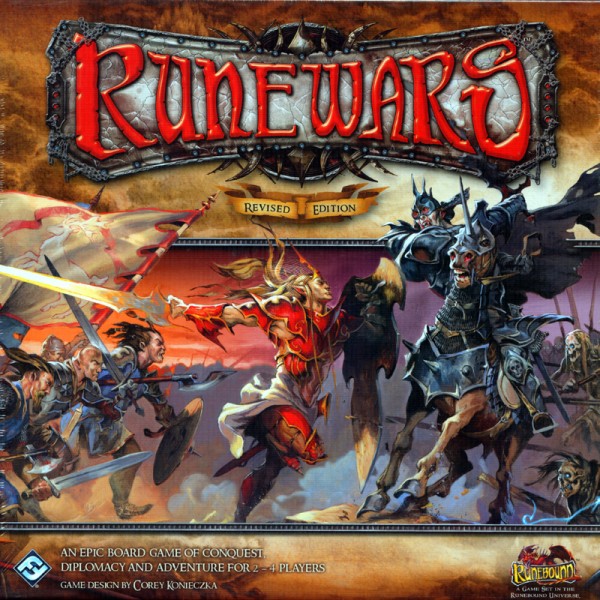 Runewars Revised Edition
Runewars is an epic board game of conquest, adventure, and fantasy empires for two to four players. Designed by Corey Konieczka, Runewars pits players against each other in a strategic game of battles and area control, where they must gather resources, raise armies, and lay siege to heavily fortified cities.

Runewars takes place in the same popular fantasy universe as the best-selling board games Runebound and Descent: Journeys in the Dark Second Edition, and dozens of fan-favorite heroes and monsters play their part. The wars for the dragon runes are beginning, and only one faction will emerge victorious. What would you do to claim the ultimate power?