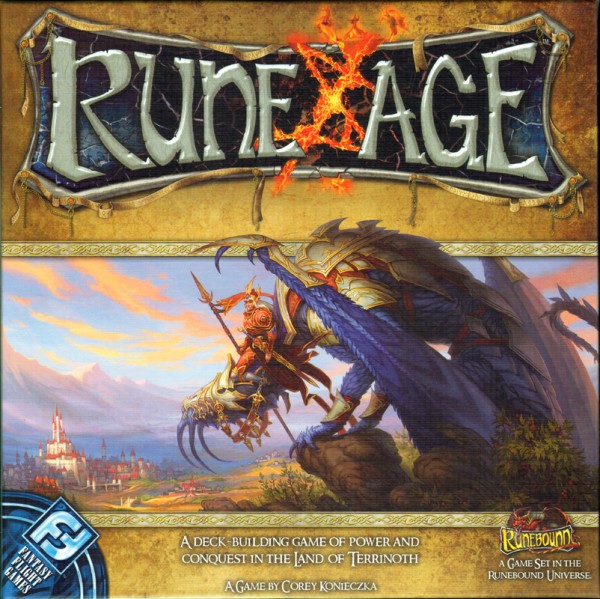 Beschreibung Produkteigenschaften Bewertungen 0
Beschreibung
An age of innovation and discovery is at hand. With war on the horizon and whisperings of a... mehr
Menü schließen
Produktinformationen "Rune Age"

An age of innovation and discovery is at hand. With war on the horizon and whisperings of a prophetic storm approaching, now is the time to gather all your strength and set out to forge your place in Terrinoth’s book of legends!

Rune Age is a deck-building game of adventure and conquest for 2-4 players. Set in the fantasy realm of Terrinoth (Runebound, Descent: Journeys in the Dark, Runewars, and DungeonQuest), Rune Age puts players in control of one of four races, vying for dominance in a world embroiled in conflict.

Designed by Corey Konieczka, Rune Age is a unique deck-building game that centers around scenarios. Each of the four included scenarios presents different objectives for players, ranging from competitive to fully cooperative. Will you wage war against each other in search of the legendary dragon runes? Or will you pull your forces together and face the deadliest storm Terrinoth has ever seen? The choice is yours.

Trogdor!! The Board Game

Age of Conan - Adventures in Hyboria

Age of Conan - The Strategy Boardgame