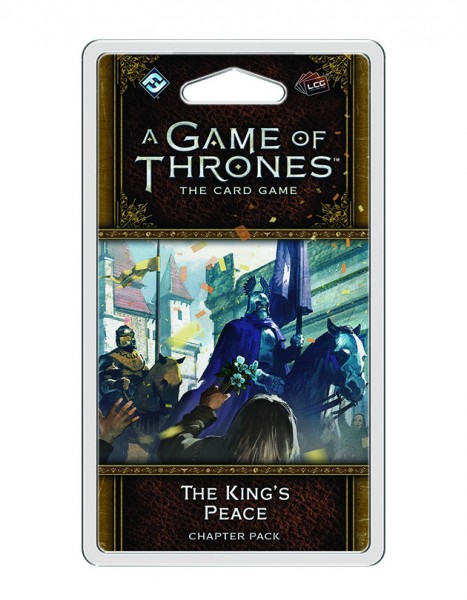 “I must have the gold cloaks. The City Watch is two thousand strong, sworn to defend the castle, the city, and the king’s peace.” –George R.R. Martin, A Game of Thrones

Eddard Stark has arrived at King’s Landing to serve as the Hand of the King, but even as knights journey to the Tourney of the Hand, insidious characters conspire against the throne. Join the battles and intrigues surrounding the tourney with memorable characters like Ser Alliser Thorne and Ser Gregor Clegane. Two new plots offer new deck-building opportunities while a brand-new agenda inspires entirely new deck types.

This is not a standalone product. Requires a copy of A Game of Thrones: The Card Game Second Edition Core Set to play.