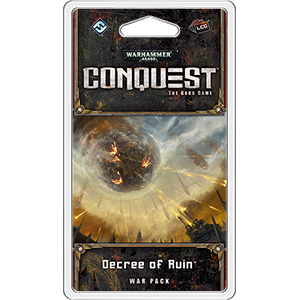 Of course, this expansion also offers new cards to swell every faction’s armies, including the Tyranids faction introduced in The Great Devourer. In addition, you can inspire your troops in battle with a new Astra Militarum warlord or form unlikely alliances with a new Tau warlord. The war for the Traxis sector intensifies with Decree of Ruin!

This is not a stand alone game. You need Conquest the card game to play with it!