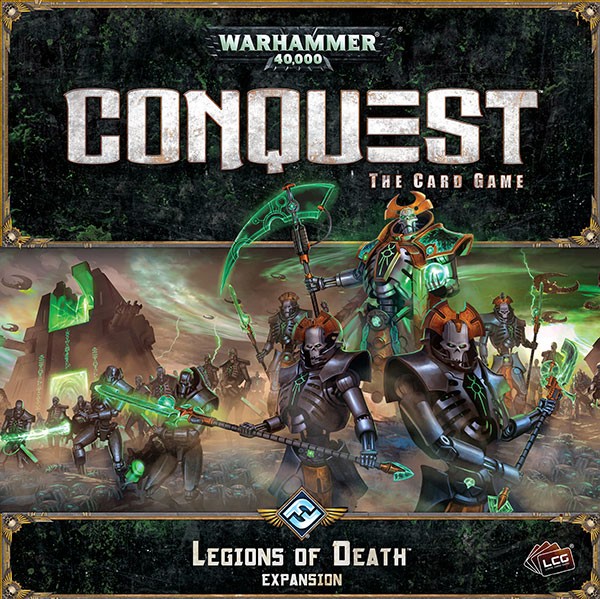 Legions of Death introduces the Necrons as a new playable faction for Warhammer 40,000: Conquest. Two new warlords lead the Necron forces in the Traxis sector, and new mechanics evoke the theme of a Necron invasion whenever you lead them into battle.

From the ancient depths of time before the galaxy was consumed by war, a new threat now emerges from its aeon-long slumber: the Necrons have begun to awaken once more. No loyal servant of the Imperium could fathom how many Tomb Worlds still lie dormant, only awaiting some mysterious signal to rise and spread doom across the civilised worlds. Now, as the Necrons ascend and swell their armies with slaves, all the Traxis sector will learn to fear these mechanical terrors.

As the Necrons, you can enslave the peoples of the galaxy, filling your deck with units from other factions that are forced to fight alongside you. Although the Necrons hold the spotlight in this deluxe expansion, you’ll also find a new unit for each of the other eight factions alongside new neutral cards that promise to impact the game in entirely new ways!