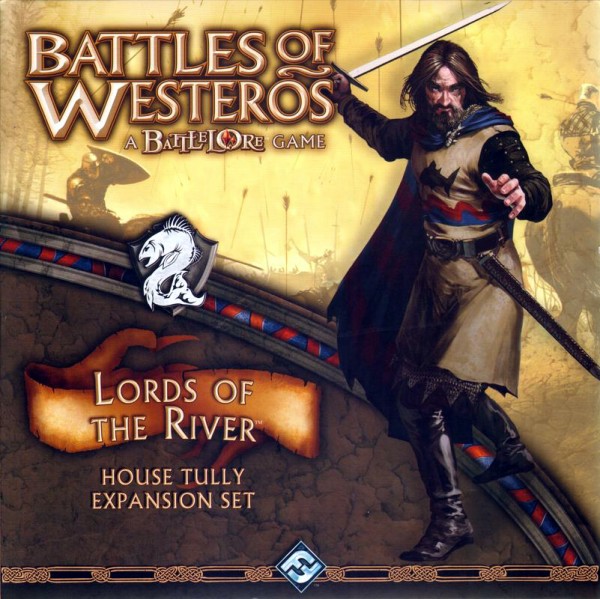 Beschreibung Produkteigenschaften Bewertungen 0
Beschreibung
The Riverlands have been devastated by the War of Five Kings as battles wage through the heart... mehr
Menü schließen
Produktinformationen "Battlelore: Battles of Westeros - Lords of the River"

The Riverlands have been devastated by the War of Five Kings as battles wage through the heart of the Seven Kingdoms. House Tully has begun to muster its forces, seeking to help put an end to the fighting by aiding House Stark in their efforts to quell House Lannister.

Lords of the River introduces House Tully to Battles of Westeros as an ally force, meaning they can supplement House Stark or, if playing with the Skirmish rules, House Lannister from the Core Set. Ally forces such as those found in Lords of the River are represented as tan colored miniatures on the board, differentiating them from the forces of the house they are supporting. This provides greater customization for Skirmish battles and allows players to easily find their allied troops on the field during battle.

Included in Lords of the River are are three new commanders and three new unit types, all loyal to the leaping trout of House Tully. Lead your troops with Edmure Tully, Brynden “Blackfish” Tully, or Marq Piper, and lay waste to your foes with Tully River Riders, Tully Longbowmen, and the Warriors of Wayfarer’s Rest. New keywords such as Riverborn and Indirect Fire will give you an edge when fighting near rivers or hindering terrain, representing House Tully’s familiarity with fighting in the Riverlands.

In addition to these new forces, Lords of the River also comes with a rules and battle plan book, new terrain, and House Tully Gambit and Skirmish cards.