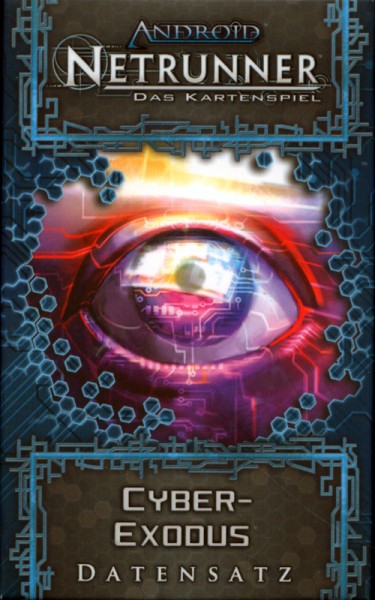 It’s the bleeding edge or nothing as Cyber Exodus boots new strategies for both corps and runners. With the Data Pack’s cutting edge hardware, programs, resources, ice, agendas, events, and operations, the game’s seven factions gain the means to focus their tactics more tightly or experiment with all-new paths to victory.

We’ve already seen how the cards from Cyber Exodus are derezzing the boundary between possible and impossible. Ice can change subtypes, Shapers can hijack programs and take them for a spin before deciding whether or not to install them permanently, Anarchs can gain extra clicks at the cost of one tag each, and The Weyland Consortium has developed the means to add a nearly unlimited number of subroutines to its ice.