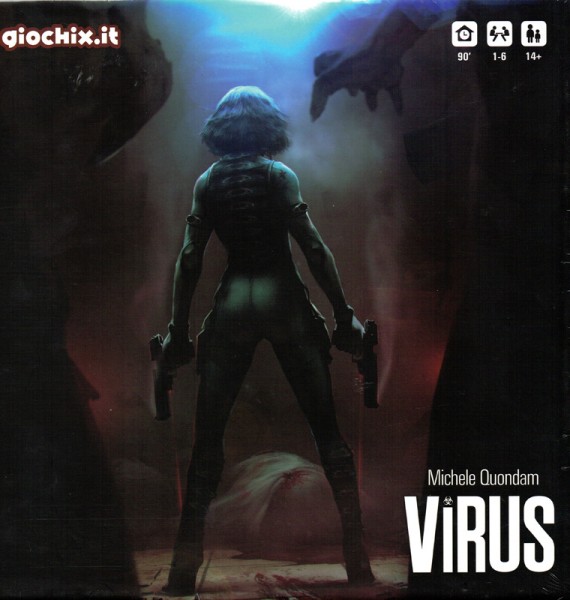 A frightening new virus is rapidly spreading throughout the main cities of the planet. They call it; Virus Q.
People and animals infected with the virus begin to mutate rapidly; their forms twisted into horrible, bloodthirsty and nigh unstoppable nightmarish creatures. The last hope of the human survivors is to identify the Patient Zero and the initial point of the outbreak. Perhaps by returning to the source it may be possible to find an antidote and bring back humanity from the brink of destruction. However, not everyone has such lofty goals; there are those who wish to profit from this ensuing chaos and terror in order to seize power. They wish to establish a new world government by controlling the monsters created with the Virus. If an antidote were to be discovered it could foil their plans forever.

The virus had been created in a near inaccessible military laboratory. Within its walls, the virus was unleashed for the first time. The creatures that now stalk the corridors are a terror beyond imagination ...

The players represent the team of survivors that will sneak into the laboratory looking for an antidote for Virus Q. They must gather what few clues lay scattered throughout the interior of the laboratory as to the location of the antidote; whilst avoiding or fighting the monsters that are residing inside.

From the very beginning of play you will need to balance the energy spent searching between needing to move or defend yourself from the monsters stalking you. It will not be easy to avoid injury or becoming infected by the Virus yourself. You will need to scavenge throughout the rooms to enhance your equipment and specialize to your needs.

In Virus, american-trash setting and game elements meet rules typical of “Euro” games, creating something entirely new! Real-Time Mode will change your normal game play by bringing a new degree of tension to a level never seen before! But if you prefer a more quiet play it's also possible to switch off Real-time mode and play in a more traditional way keeping all the strategic depth of the game alive. This game features a brand new combat resolving mechanic system called “Roll the Cube”; a fun and innovative system with an added layer of tactical depth.

Finally, the room placement and monster movement mechanics, "AI by players", with its few rules that combine perfectly with the other elements of the game, gives it an incredible strategic depth. There are four different game modes: Solo, Cooperative, Semi-Cooperative or Competitive. Three different difficulty levels insure a level of re-playability for new comers and experienced players and provides a different atmosphere around the table each time.
The players will begin the game at the entrance to the laboratory and will have a fixed number of turns to escape the laboratory alive with the antidote. The main objectives are to unlock the exit of the lab and locate the antidote and escape the lab with it in hand. all while avoiding/fighting the monsters within.