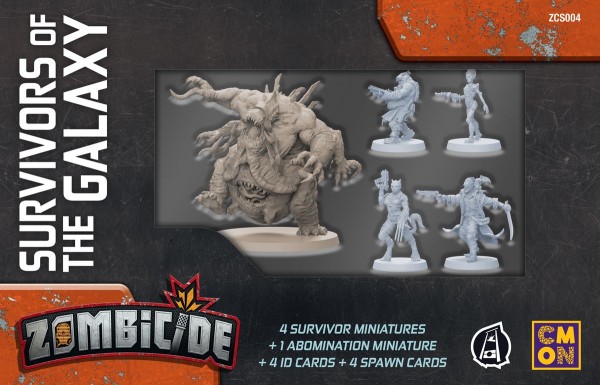 Beschreibung Produkteigenschaften Bewertungen 0
Beschreibung
from BoardGameGeek: Usually, the different alien races in the galaxy don't get along too... mehr
Menü schließen
Produktinformationen "Zombicide - Invader: Survivors of the Universe"

Usually, the different alien races in the galaxy don't get along too well. They might not engage in outright war, but they don't invite each other over for dinner, either. However, when a menace threatens everyone equally, they'll quickly band together to fight it. The Xenos on PK-L7 certainly count as one of those menaces.

The Survivors of the Galaxy box set for Zombicide: Invader introduces four new Survivors that players can choose for their games. Each one comes with its own dashboard and unique set of abilities to help them in the dark corridors and bombed-out buildings on the planet. They'll need all those skills, too, as the strangely-named Babyface Abomination also lurks those corridors, looking to eviscerate anyone that gets in its way.