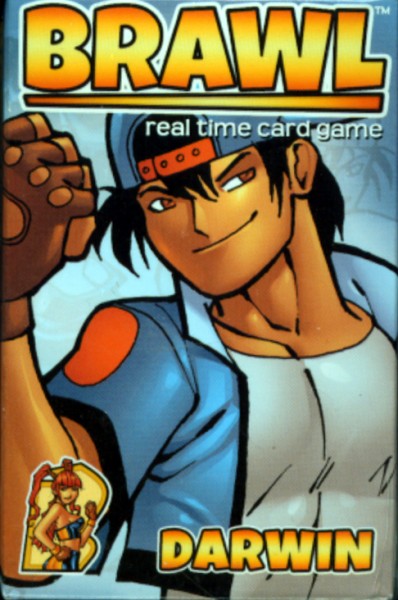 BRAWL is a two-player real-time card game. It's super-fast, because the players don't take turns. Each player has a different deck, and the goal is to win the fight by playing more "HIT" cards on your side of the table.

HIT cards attach to BASE cards, and there can be up to three BASE cards in play. BLOCK cards stop HITS from being played. PRESS cards break through BLOCKS, and so on. Each character has a different mix of cards, including HITs and BLOCKs of three colors, BASE, PRESS, and CLEAR cards, HIT-2's for the more powerful characters, and FREEZE cards to stop the game.

The game takes less than a minute to play.