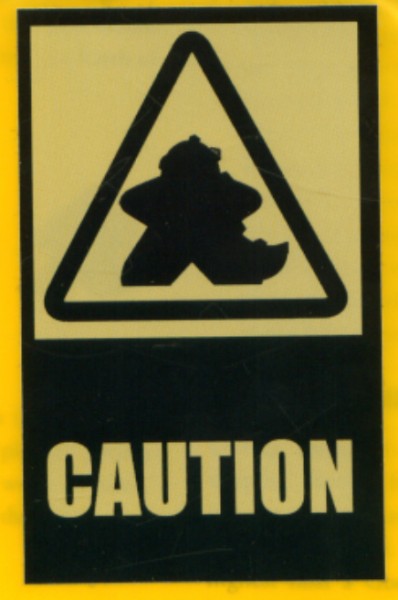 Smoke billows from the chimneys of your industries. Produce more and cheaper! Why wor- ry about pollution? After all, citizens are eager to work in your factories. But all this production might just wake a few monsters from the Earth of old... Goooooodziiiiiilaaaaaaaas!

Godzillas are now awaken and are going to walk around your city!!!

During the first 4 rounds, the Godzillas are still sleeping. At the end of Round 5 and each Round till the end of the game, all the players roll one 6 Die, the highest roll will host one Godzilla. The Godzilla first appear in the Harbour, then in Factories level 3, 2 and so on... Then they must move in the city, the player still decide the direction. Each citizen on his path are swallowed and each Building becomes inactive.
The players track the Radioactivity with black discs.
It is possible to clean 2 black discs if the player choose the Engineer action.