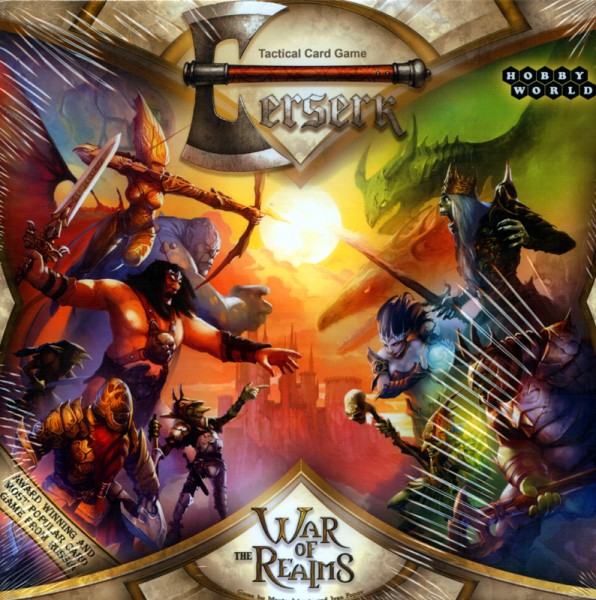 Mermaids or elves, demons or dwarfs, orcs or dragons - choose your warriors and take the fight to the enemy. Brute strength and cunning tactical genius will tilt the battle in your favor, and with six different races at your fingertips, the question is not wether you fight, but how. The war for the lands of Berserk has begun!

Berserk: War of the Realms is the international version of the popular Russian war game played with cards instead of miniatures. It contains six 30-card decks and everything up to four players need to battle for supremacy in the kingdoms of Berserk.