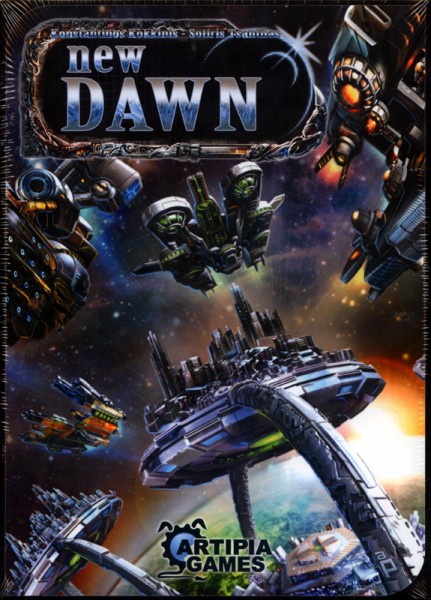 Beschreibung Produkteigenschaften Bewertungen 0
Beschreibung
Description: Many years have passed since the formation of the Alliance. However, the... mehr
Menü schließen
Produktinformationen "New Dawn"

Description: Many years have passed since the formation of the Alliance. However, the glorious future that was promised has yet to arrive. In the aftermath of the Purge all the races vowed to cooperate towards a common goal. But as time went by, working together proved to be more difficult than expected. On top of that, the construction costs of new Stations kept rising. With the future of the Alliance hanging in the balance, it was decided that the countless destroyed worlds, remnants of the War and the Purge, should be revived. The facilities, laying there forgotten, could help in the improvement of the economy. Failure could mean the end of the Alliance and the disruption of peace. It is a desperate hope for a galaxy still haunted by its past, a final effort for a New Dawn.

New Dawn is the thematic sequel of Among the Stars. In New Dawn, players take the role of Alliance officials, belonging to different races, sent on a mission to explore and revive a part of the Galaxy. Each game lasts 5 rounds during which, players can explore regions, establish bases, seize control of facilities, send ambassadors, produce resources and send aid to the Alliance.

The game is language dependent and includes English text.